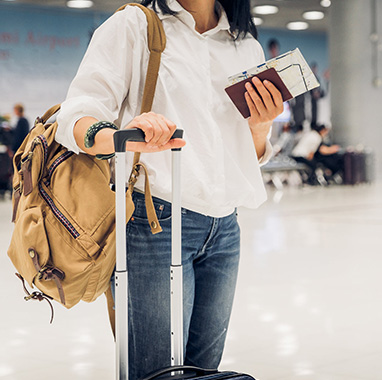 Norway is a Scandinavian country encompassing mountains, glaciers and deep coastal fjords. Oslo, the capital, is a city of green spaces and museums. Preserved 9th-century Viking ships are displayed at Oslo’s Viking Ship Museum. Bergen, with colorful wooden houses, is the starting point for cruises to the dramatic Sognefjord. Norway is also known for fishing, hiking and skiing, notably at Lillehammer’s Olympic resort.Norway has a total area of 385,207 square kilometres (148,729 sq mi)[10] and a population of 5,385,300 as of November 2020.[18] The country shares a long eastern border with Sweden (1,619 km or 1,006 mi long). Norway is bordered by Finland and Russia to the north-east, and the Skagerrak strait to the south, with Denmark on the other side. Norway has an extensive coastline, facing the North Atlantic Ocean and the Barents Sea. The maritime influence also dominates Norway's climate with mild lowland temperatures on the sea coasts, whereas the interior, while colder, is also a lot milder than areas elsewhere in the world on such northerly latitudes. Even during polar night in the north, temperatures above freezing are commonplace on the coastline. The maritime influence brings high rainfall and snowfall to some areas of the country.

The educational system is generally state-supported, to ensure that access to education is equal for all. This means that most institutions have no tuition fees. With such favourable conditions, you are almost expected to get a degree and experience the carefree student life.

The high quality of Norwegian universities and university colleges have led to more and more international students choosing to Study in Norway. The expectation that students should be ‘responsible for their own learning’ can, however, be a challenge for international students – especially considering all the opportunities on and off campus.

Students at Norwegian universities and university colleges are committed, both on and off campus. For international students, extracurricular activities can be the key to successful integration.

The Right to Education

Today, nearly every third person in Norway has attained a higher level of education. The proportion with higher education has increased more among women than men. The group with the largest percentage taking higher education is women aged 30–39 years.

The largest and oldest universities in Norway are naturally located in the major cities. However, the government actively encourages growth in outlying districts by supporting smaller towns with grants and other funding schemes. In keeping with this policy, university colleges have been established in the countryside as well as in the cities.

For most Norwegians, student life is a rich, social and active period in life. Alongside their studies, many have part-time jobs – to supplement their student loan and to gain work experience. As an international student, you can also get a part-time job, with an upper limit of 20 hours a week. Many Norwegian students are also involved in student associations, such as student sports teams and student councils, and in organizations in culture and society in general.

Activities on and outside campus represent an important social context for student life; cultivating shared interests is fun and may lead to friends for life. For international students, this type of engagement is key to integrate with Norwegian students.

The living standard is generally high – even for students, making the Study in Norway experience generally a comfortable one. Most Norwegians wish to own an apartment or a house, but for students, it is more common to rent. Most people own a car, but students generally use public transport – which is relatively well developed in the major cities.

As a consequence of environmental issues, Norwegians have recently tended towards owning only one car per household. In cities, increasing numbers of people choose to subscribe to car-sharing services instead of owning their own car. Taxis are expensive.